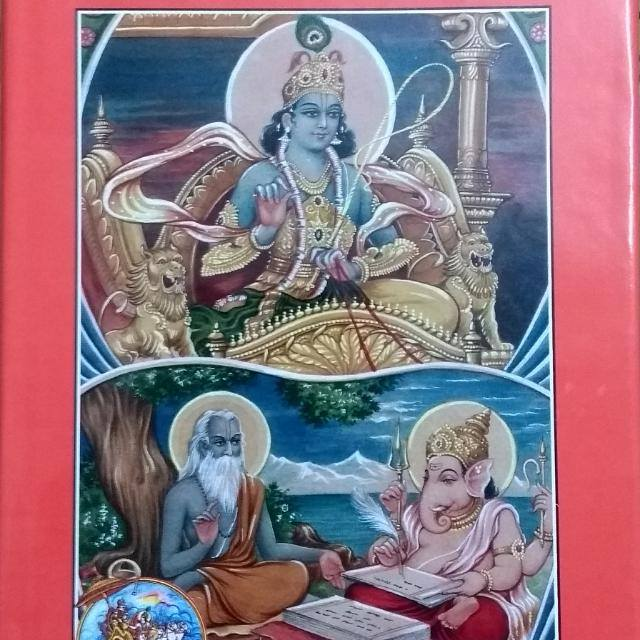 Mahābhārata is the panchama-veda and should reside in every hindu’s heart; but alas one has no means to listen to it in Sanskrit. So, one can more easily hear the Illiad and Odyssey but not the Bhārata. To remedy this, we aim to freely (Creative Commons Attribution-ShareAlike 4.0 International License) publish and distribute the Mahābhārata, in the Sanskrit original, as an audio book on the internet. Specifically, we use the tastefully compiled, well translated and hugely popular Gita Press edition.

With your help, we hope to realize this dream - nay our solemn duty as descendents of the sages who inspired the Mahābhārata - of spreading the ideals of the Veda-s through this true and sacred auditory expression. If you want to contribute, see this page.

shrI suhAs has contacted harisItArAma ghanapAThI , the vedic scholar who recited https://archive.org/details/Ramayana-recitation-Sriram-harisItArAmamUrti-Ghanapaati-v2 . The ghanapAThin (currently engaged in recording bhAgavatam, which he anticipates to complete by next makara sankrAnti/ Jan ) has enthusiastically agreed to recite mahAbhArata next year. The recording will be of similar quality to the rAmAyaNa one linked earlier, and the recordings will be published for free on archive.org as usual. shrI suhAs has arranged for a donor to comfortably fund the salaries of two reciters.

Given this is excellent news, I will stop all work on our mostly volunteer-driven recordings (there is no point doing something which will be done better in the near future). We’ll just await progress on suhAs’s project next year.

Till then I will just gratefully enjoy the recordings we’ve already produced (~1k recordings, ~350 adhyAyas accross 3 parvas, 16.5k verses) - see below for details.

It is important to note that at any point in time, the output(in the form of audio files) of our efforts up to then will be available publicly and freely on the internet at archive.org. We will constantly publish a summary of project status online. So, connoiseurs will be able to enjoy the fruits of our labor even as the project progresses to increasingly higher levels of completion and quality.

Mahābhārata as the fifth Veda

Knowledge of the Mahābhārata is essential for every practicing Hindu. An Indic academy note says:

“The Mahābhārata is a fundamental component of our Indic civilizational DNA. It is an ancient, timeless tale that has incredible relevance and resonance even today. It is a source of passionate debate and reflection, its complex characters, conflicts and themes motifs that recur again and again throughout all of our literature and arts. There is a reason traffic and trains stopped while the Mahābhārata serial was playing on television screens thirty years ago. No piece of literature better captures the ethos, worldview, values and aesthetics associated with our culture and civilization than the Mahābhārata. As the longest epic in the history of world literature, there is no wonder that it is said what is not found in the Mahābhārata cannot be found elsewhere. (धर्मे च अर्थे च कामे च मोक्षे च भरतर्षभ। यदिहास्ति तदन्यत्र यन्नेहास्ति न तत्क्वचित् ।।)”

We fully agree with the above and won’t belabor it so as to avoid the folly of preaching to the choir.

The importance of Audio

The Hindu tradition is primarily auditory - texts have always played a secondary role. The Veda-s were always taught by recitation. So are the Itihāsa-s and Purāṇa-s (including the Mahābhārata) were always meant to be recited aloud to a rapt audience (“श्रावयेच्चतुरो वर्णान्कृत्वा ब्राह्मणमग्रतः।।”). In fact, the Mahābhārata is mostly composed of verses (and not prose), which naturally lend itself to melodious recitation. So, there is a strong aesthetic and traditional case to be made for the Mahābhārata to be consumed auditorily rather than by reading.

Even otherwise, people often find it far more convenient to listen to audio podcasts and books (say while commuting or taking a walk) than sit in front of a computer or some thick book. This is especially true in mobile-first countries like India. Take a look at this old presentationfor some numbers. Audio resources are also proving increasingly critical in the the spread of ideas and education in the internet age. For example, to quote from this page: “Now, the 8,000 pound gorilla in the OpenCourseware space is Apple’s iTunes U. This platform offers over 500,000 courses from 1,000 universities that have been downloaded over 700 million times. Recently they also started moving into the K-12 space.”

Reach of the Sanskrit original

Mahābhārata, Rāmāyaṇa and the Purāṇas are specifically meant for spreading Vedic ideals among common people who can’t spend decades in Vedic education (इतिहासपुराणाभ्यां वेदं समुपबृंहयेत् ।). The language of the Rāmāyaṇa and Mahābhārata is mostly of a simple register. One does not need to be a great scholar to get a pretty detailed understanding of what most of the original text says in a given section. In fact, it is a matter of common experience that, with just a basic understanding of Sanskrit and reading Rāmāyaṇa (or by extension - the Mahābhārata) cover to cover, one gains the ability to compose simple shloka-s of one’s own.

Speaking very conservatively, we have an eager and ready audience of atleast a few hundred thousand (if not millions of) people with devotional and /or scholarly inclinations who fit this profile. This number is bound to increase with time and the efforts of organizations such as Samskrita Bharati. Further, one cannot underestimate the role readily available Sanskrit classics like the Mahābhārata can play in further spreading the language of Sanskrit itself!

For comparison, one can manage to find audio resources for free if one wants to listen to the Bible or Quran. One can even listen to the Illiad and Odyssey in translation! We Hindu-s have been lagging behind in this space (which is partly understandable given our recent history, current circumstances and the sheer size of our sacred lore). Among Hindu literature, one can manage to find a few bits of the Veda-s, some popular stotra-s, the Rāmāyaṇa [6], the Bhagavat Gita and the Bhagavata Purāṇa[7] in audio format. A prominent missing piece is the Mahābhārata. It is quite shocking that a devout Hindu boy or girl cannot listen to the Mahābhārata in the original in this day and age. 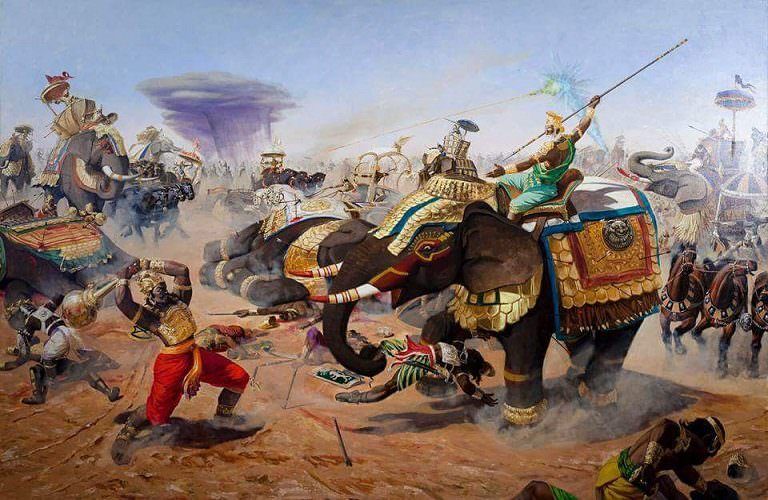